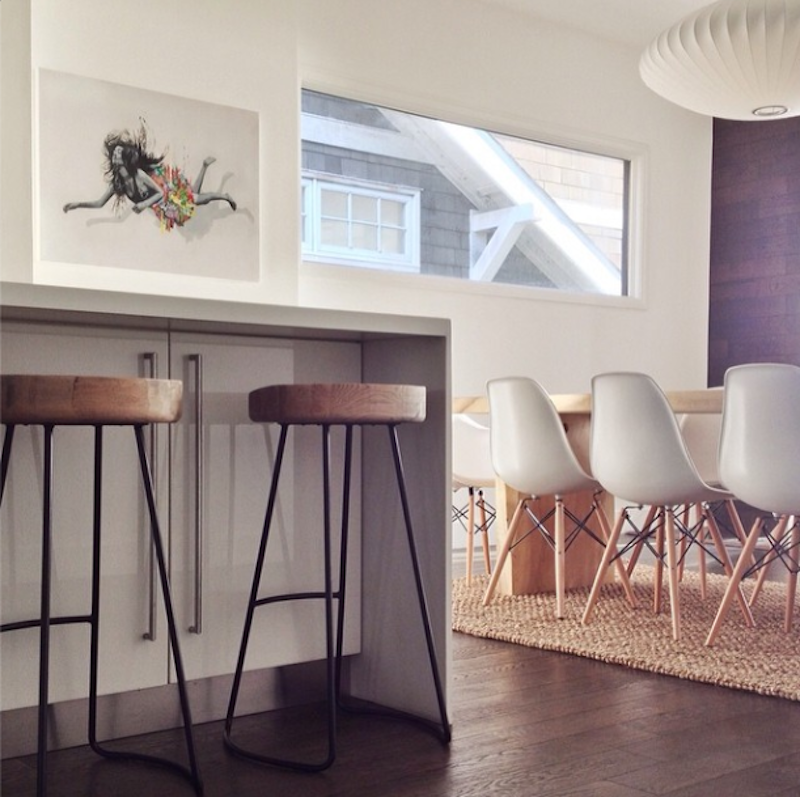 Oh Weeks,
How you doth escape me! I began this week with a crazy-sexy-uncool feverthing that made me lay in bed all day long hallucinating that I was starving to death and then exclaiming at how soft the sheets felt against my starving, quivering feet. And then all the sudden the next day I was totally okay and it was way awesome. I don’t know what it was, probably food poisoning or something random, but it definitely felt like death. But it’s been a while since I’ve been that kind of sick. Like the kind of sick where you’re too weak to move and people call you and you can’t pick up the phone or you’re too weak to even return a text message. Strangely, there was something kind of nice about it. Like there’s something kind of weird about the universe forcing you to stay in bed and do absolutely nothing for a day. It causes you to stop freaking out a little bit. Like at first you’re all “Oh my god I have that presentation for One Kings Lane I need to finish!” and then you’re like “I can’t move my hands, hello ceiling, what’s the meaning of palm trees, do I only like Cards Against Humanity because it’s for stupid people, is someone knocking on the door, oh well…” I guess what I’m saying is that it’s nice to be yanked out of your routine every once in a while. For people like me who thrive on schedules and monotony, it’s good to give your system a little jolt. It frees you up too. Maybe you wont get everything done in time, but maybe you’ll do something unexpected that is 500% more brilliant. At least I hope that’s what happened. Otherwise all that hallucinating was a huge waste of time!

Things are still going great at the beach house. I grabbed these stools from Wisteria and I love them. Now I want to buy them for my own beach house (that doesn’t exist).

I also installed these awesome lamps from One Forty Three.

This is one of the guest rooms at the beach house. Furnishings come from West Elm, Pottery Barn, and Crate & Barrel.

My painting DIY was on Refinery29… Did you see? If not check it out. Also, if you’re in the market for a giant seascape painting… Message me!

I toured my new favorite store IN THE WORLD over the weekend and fell in love with this sweater. The store is in the Arts District downtown and it’s called 12345. And yes, that does mean they only carry sizes 1, 2, 3, 4, and 5. If you live in LA and you haven’t been to this store yet you’re a bad person. Just like I used to be.

My La Habra Heights project has been photographed and ready to go for a while. Excited to share it with you soon!

I found this genius key holder at American Way thrift in Burbank and had to buy it for Kelly Oxford. She plans on moving soon and she’s the only client who I could think of that would get as excited about a stupid unicorn key holder as I did…

I found this cutlery at Poketo and I love it.

This tie comes from the garbagestore of all garbagestores, St Vincent de Paul. Anyone in LA who thrifts has been to this store. And if you ask them about it you’ll hear their war stories. It is absolutely revolting. You need to wash your hands IMMEDIATELY upon leaving or risk infecting everyone with mouth scabies. After the last visit I forced my friends to drive me to nearby Little Tokyo so I could buy some Japanese facial wipes to clean my entire face and body. As for the tie itself, I’m obsessed with it. It’s hand-painted Italian silk. I’m going to have it taken in by SkinnyFatties, a tie alteration company my friend Justin suggested.

I also found these Alessi mugs at St Vincent’s. My glassware/ceramics fetish is in full force. I do love myself some dishes. Which is weird because I haven’t been hosting as many dinner parties lately. Maybe I’m saving up for 2015, the year of the the dinner party. Or maybe I will never use them again. Either way, staring at them perched in my all-white dish collection, gives me a sense of control. Control over everything. Everything, that is, except my rampant homosexual OCD.

6 thoughts on “My Week in Instagramz”