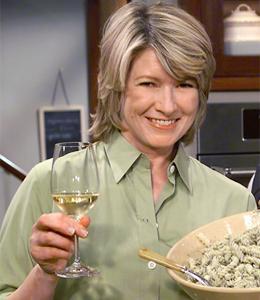 I’ve noticed lately that it seems like people have no idea when to bring wine and/or another beverage to a dinner party or gathering. It is confusing, so here are my tips on when you should and shouldn’t bring booze to a party or social event. Oh, and a note to my readers under age 21: I didn’t drink until I was legal (seriously) because I’m perfect, so neither should you. Here are my Do’s and Don’t’s:

♥ As a general rule, always bring a bottle of wine or champagne with you when you’re invited somewhere. This way, people will associate you with fun and happiness. This is a good way to prevent dying alone.

♥ Do bring wine if your host is making you dinner. This is especially important if he/she is a terrible cook.

♥ Do bring [insert appropriate beverage] if your host is a having a [insert aforementioned beverage]-themed party. He may have prepared by buying a ton of his beverage selection, but people always drink more than you think they can. Which is a problem.

♥ If you are going to a Gay’s house, bring him some vodka in a trendy bottle with a clever name. Homosexuals like that kind of thing.

♥ Do bring alcohol to your high school reunion. But drink it in the bathroom stall as a sort of “one stop shop method.” You can talk smack on all the awful people who used to be beautiful with the one high school friend you actually still care about, and you get to recreate all those moments when you were crying alone in your high school bathroom.

♥ If you are going to a Hippie’s for dinner, bring him some organic wine grown in the Sierra Foothills or Santa Cruz. Sonoma County wines are so passé.

♥ If you’re going to a house party in New York, feel free to bring whatever brand of vodka you want. The whole point of the evening is to get so drunk that you don’t notice how tiny the apartment is. No one will notice if you bring cheap vodka.

♥ Feel free to bring prosecco to a brunch. Prosecco a cheaper alternative to Champagne but because it’s Italian people think it’s fancy. People are easily fooled.

♥ It’s okay to refer to sparkling wine as “Champagne.” Technically, Champagne only comes from the Champagne region of France, but because the word has been used for the past 100 years to refer to American sparkling wines, it’s completely acceptable to use today. It’s called the evolution of language. So get over it, France!

♥ If you are between the ages of 21-24 years old, a recent transplant to New York, and it is wintertime, please do bring a flask of whisky in your coat pocket. This will help you save money and make new friends.

♥ DO bring alcohol to book club, because let’s face it, book clubs are always boring.

ϟ Don’t bring alcohol to a dinner party thrown by an alcoholic in recovery. Unless he explicitly states he is 100% ok with it and you believe him (as a courtesy remove unfinished bottles at the end of the evening). That’s common sense.

ϟ Don’t bring wine/alcohol to anyone whose salary is higher by yours than more than 250%. They probably have more expensive taste in liquor than you and it’s up to them to support those fancypants habits. Unless you are a studied liquor connoisseur, you could risk A) your own embarrassment or B) insulting your host with your cheap proletariat wine.

ϟ Don’t bring alcohol to the home of anyone famous. Famous people tend to be self-absorbed, so they wont even notice you brought anything. They might not even notice that you’re there in the first place.

ϟ If you are going to a BBQ in Northern California, don’t bring any beer by Budweiser or Miller. Northern Californians drink only Fat Tire, Sierra Nevada, or Stella Artois. Or beer from breweries that are so obscure that the brewers haven’t even heard of themselves.

ϟ Don’t bring beer to a baby shower. There is an ancient proverb which states this will cause the baby to turn into a hillbilly.

ϟ If you are between the ages of 25-63, do not carry a flask. Flasks only seem cool as money savings devices for young urban men who wear black leather jackets and as character props for burly old dudes. The only exception to this rule is at weddings for people you don’t really like (see below).

ϟ Try not to bring a flask to a wedding or funeral, as there will always be alcohol afterward. Unless, of course, there isn’t. In which case, smuggle away.

ϟ Don’t bring alcohol to the “listening party” for your friend’s friend’s band’s new album. In fact, don’t go to it at all and just drink at home by yourself (listening parties are totally weird).
I hope these tips have prepared you to be a conscientious and contributory guest. No go forth! (And drink responsibly).
Love,
Orlando
PS: A special thanks to Cort Harrison Hightower, Hommemaker’s Czar of Cocktail Etiquette,  for his contributions to this post.

7 thoughts on “Cocktail Etiquette: When to Bring What to Where (And Why)!”