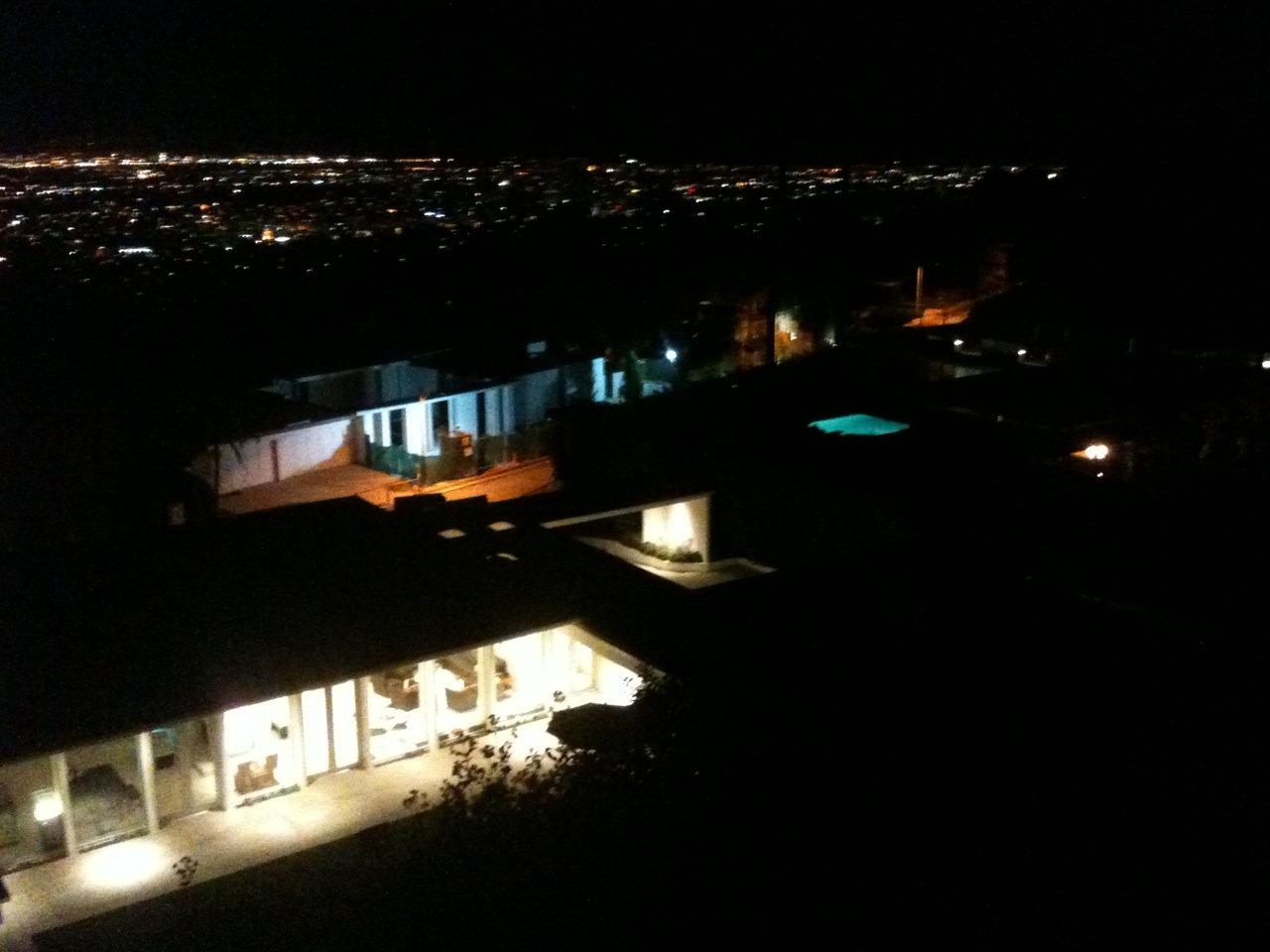 This past Saturday I had the immense pleasure of going to the funnest party in the history of time. It was a Valentines party called “Cupid’s Stupid” thrown by a 20-year-old Ken doll millionaire named GT Dave who played, like, a hugely instrumental role in the popularization of kombucha (a fermented tea drink with crazy health benefits…Read an article about it here).

Here is the view from GT’s enormous Beverly Hills house:

I never like taking pictures of crowds at parties because no matter what you do they end up looking too crazy, so of all the pictures I took at Cupid’s Stupid I only like the one above. I mean, what an awful view, right? Poor guy. Luckily, they had a photo booth with fun props, including this actor who I paid to play my boyfriend:

So the party was basically 1000 gay men that looked like Ken dolls, my straight barber (who I am completely obsessed with because he’s so good), and Drew Droege, who did the most hilarious Chloë Sevigny performance ever (if you haven’t seen these you have to watch!). Here’s my favorite of Drew’s Chloë videos:

All in all, it was an incredibly entertaining and well produced evening. It didn’t hurt that all of my friends happened to be there. I’m always really fascinated by rich people who throw these kinds of parties because it’s so generous and awesome. I’m just very impressed with people who invite so many people into their homes and spend so much time, money, and energy preparing for them. It’s Hommemaking at its best! When I have my millions and I live in Beverly Hills, I’ll be like “Get your grubby little hands away from my original Picasso!”  Or perhaps “Aren’t you the person who was supposed to bring me a lemonade a half hour ago?!?” Someday…